What does never-ending drought mean for California agriculture?

President Joe Biden’s agriculture secretary touched down in Fresno. Here’s what he saw

Drought Felt By California Farmers, ​​Who Fear Worst is Yet to Come agriculture? 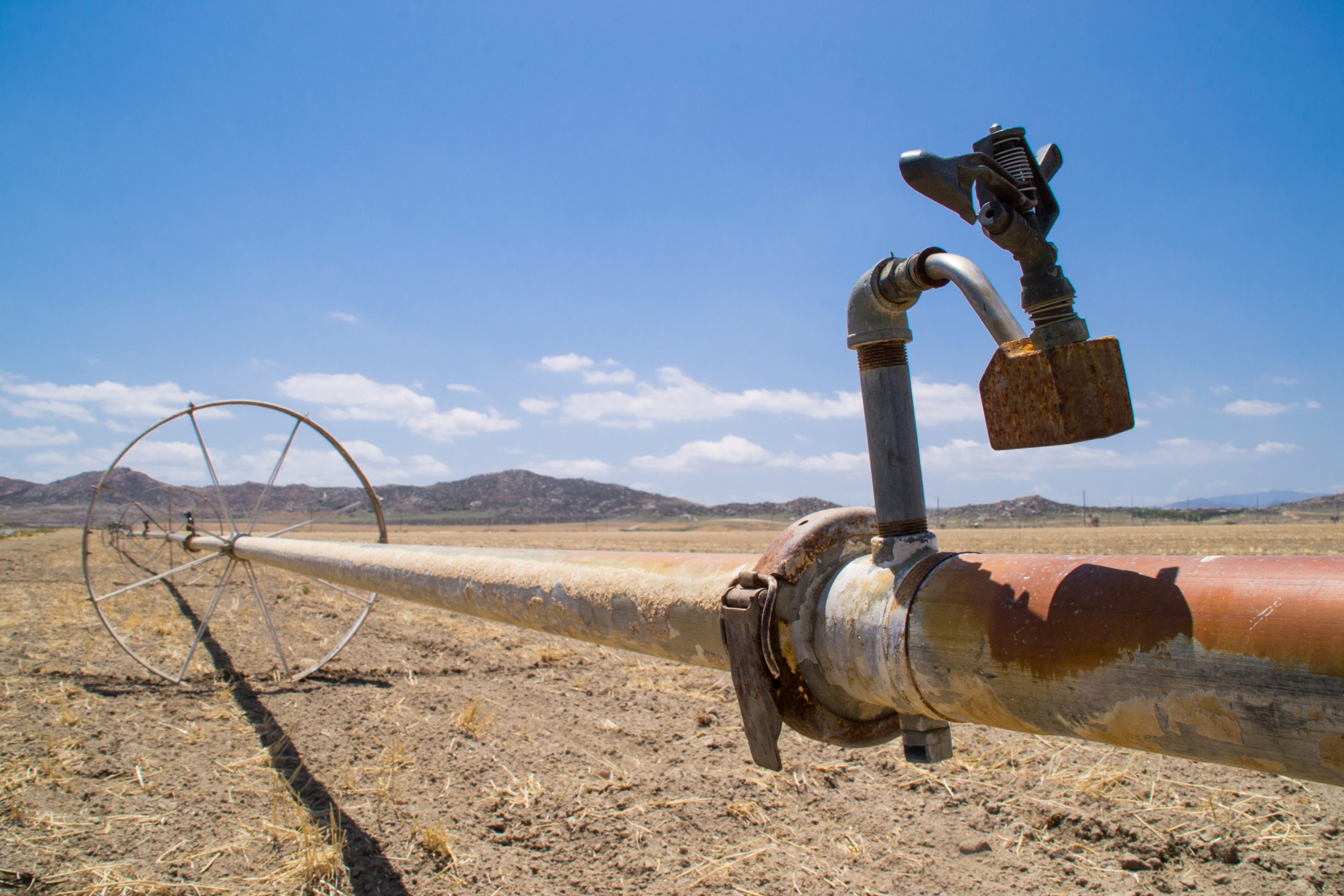 As farmers limit their water consumption, more land will go unplanted in the future.

What does never-ending drought mean for California agriculture?

California farmers are living in the drought future they thought would take 20 more years to arrive.

Last week, for the first time, federal officials declared a water shortage for the Colorado River, which provides water to 40 million people in seven western states and turns dry desert into fertile farmland, including in California.

The situation has economy-wide ramifications. Earlier this summer, one of California’s largest hydroelectric plants shut down because water levels dropped too low to power the turbines. The Shasta Lake reservoir that feeds water to the farms and agricultural land in Sacramento Valley is at 30 percent capacity. And in Mendocino, a small town two hours north of San Francisco that’s highly dependent on tourism, restaurants, ice cream shops, markets and gas stations have closed their restrooms to patrons because each flush is too expensive.

For California agriculture, which supplies one-third of the vegetables in the U.S. and two-thirds of the country’s fruits and nuts, drought is nothing new but this level is in some ways biblical.

“We’re going into next year with the reservoirs extremely low,” said Don Cameron, chair of the California Board of Agriculture. “We pray that we get a big snowpack and we get it early in the season. If we don’t, things are really going to get extremely difficult. You’re gonna see a lot of crops not being planted.”

[Subscribe to our free Food Weekly newsletter to get more great analysis on sustainable food systems news and trends.]

But with climate change, it’s unlikely that snowpack will appear. Without it, Cameron expects price increases for tomatoes, onions and garlic next year as growers limit the planting of these crops due to water shortages.

Growers are already planning the crops for next season, and based on this year’s temperatures and lack of rainfall, they are being conservative. In the Central Valley — a 450-mile area running from Northern California’s Redding to Bakersfield in Southern California that grows much of the country’s produce including lettuce, almonds, oranges, tomatoes and 230 others crops — temperatures hovered in the low 100 degrees Fahrenheit this summer and hit 114 degrees in early June. Cameron, as vice president of the Terranova ranch, saw his peppers, tomatoes, onions, garlic, almonds, grapes, kale and many others suffering more and earlier during the hot periods without an easy supply of water to protect them.

California is a unique water state that relies on groundwater, water held underground as opposed to precipitation, to quench thirsty crops. And according to agricultural and water experts, the 2012-2015 drought really put the farming world in California on notice. There was less water coming into groundwater basins, and seawater intrusion made the water more salty.

In response to that drought, the Sustainable Groundwater Management Act (SGMA) was passed in 2014, taking effect this year. The law should drastically change the amount of water farmers can pump to the surface, but to give farmers time to adjust, the law gives areas 20 more years to stop overpumping and achieve sustainability.

Of course, drought came sooner than that. The policy represents the first time groundwater has been regulated in California. The intention is to prevent overdrafting in 20 years and stabilize groundwater levels. Traditionally, groundwater resources have been used mainly as a savings account during wet years, replenishing the supply enough for farmers to pull upon those irrigation resources during dry ones. But as drought levels have increased and intensified year-over-year, there is a renewed emphasis on protecting groundwater for a non-rainy day, if you will.

“It is going to require changes to [farmers’] thought process and management style,” said Daniel Sonke, director of sustainability for Blue Diamond Growers, the almond giant. “For some farmers, that means they might have to use less groundwater than they did in the past. But this is actually a protection for them to be able to continue to farm long term.”

But right now, farmers who have zero allocation for water are paying to maintain the infrastructure without receiving any water in return. That requires letting some of their land sit idle, which brings in less income. That squeeze trickles down in turn to rural economies.

California is trying to innovate itself out of disaster

California growers knew these intense droughts and increased regulations were coming, and many have tried to set themselves up for success by investing in more water-efficient systems and moonshot innovations for water sources. The Almond Board of California has funded 228 studies on water efficiency since 1982 and compiled them into a 150-page Irrigation Continuum that helps farmers benchmark their irrigation efficiency and identify ways to increase it.

Growers of California almonds and strawberries, both crops with high water needs, have shifted away from flood irrigation methods to micro and drip irrigation that delivers water directly to the root systems, reducing evaporation rates. This technique came from the Middle East and is almost ubiquitous across most specialty crops in California, according to Tannis Thorlakson, senior manager of environment at Driscoll’s. Blue Diamond’s Sonke confirmed that 85 percent of almond farmers in California use this type of irrigation system.

Many strawberry growers have also moved to growing in pots above ground, which improves water efficiency by 30 percent per pound of strawberries.

“All of a sudden you have a lot more control of the entire plant system and roots,” Thorlakson said. “And you’re also importantly able to have the opportunity to capture the water coming out of the bottom of the pot and reuse that water.”

Precision monitoring of the soil and digital water consumption tracking also helps growers avoid over-watering. According to Sonke, Blue Diamond invested in a digital platform that is helping to map every single orchard that supplies the company. Once everything is mapped, Blue Diamond will be able to see what irrigation systems growers are using, along with well information, groundwater status and other metrics on a member by member, field by field basis.

How can we capture that water when it comes so that it can be used beneficially later?

“And then from that we can extrapolate what are the impacts in a drought year or a wet year to the delivery of water to that field, helping connect farmers that might be at more risk to resources that can help,” he said.

Cover crops are not usually thought of as a water infrastructure, but they too increase the ability for the soil to hold water and avoid runoff.

According to Danielle Veenstra, sustainability communications manager at the Almond Board of California, these changes were low-hanging fruit for many growers, resulting in a 33 percent reduction in water per pound of almonds since 2000. The board has made a further commitment to reduce water usage by 20 percent per pound of almonds by 2025, a goal that will require a little more ingenuity and working on creating new sources of water.

For example, according to Thorlakson, Driscoll’s is working with the city of Oxnard to reuse recycled water and put it on crops after extensive filtering. And Sonke said the almond industry is investing in a life-cycle analysis of almond trees to better understand when the trees need water (during the early spring and summer as the nuts are forming), when the trees can go without (during mid-summer when the nuts are already formed) and how deficient irrigation can actually increase yields.

“So for those real moonshot opportunities, for creating a new source of water, that really takes every stakeholder coming around the table to find those solutions,” Thorlakson said.

More drought means more floods, and that could be a good thing

As California experiences more periods of drought, in turn, that comes with times of more intense precipitation. California agriculture is asking the question: How can we capture that water when it comes so that it can be used beneficially later?

Driscoll’s is eyeing stormwater capture. According to Thorlakson, in Watsonville, the company helped create a recharge basin that captures excess stormwater by slowing it down on its way to the ocean so it will infiltrate the basin instead. The Watsonville Slough System Managed Aquifer Recharge and Recovery Project uses the slough and other diversions, filtration and recharge facilities to capture water that would otherwise run into the Monterey Bay and store it in a San Andreas aquifer.

Cameron has been working for 30 years to get flood water diverted from the north fork of Kings River and applied to his soil. He was finally able to obtain a grant in 2012 and embarked on a project that will eventually cover 20,000 to 30,000 acres.

“We actually proved we could do it by flooding by growing wine grapes for about five months,” he said. “We now have infrastructure in place to be able to capture the floodwater, spread it on farmland and allow it to percolate down to the water table to build up our water so we’ll have water during periods of drought.”

Diverting flood water could be a win-win as it also prevents the flooded rivers from creating downstream damage.

While these small improvements, precision tactics and large innovations have the potential to dampen the effects of drought on California’s agriculture system, the truth is things are going to change. Cameron expects more of farmers’ land will remain unplanted and the crops they do plant will be different.

“I think that the crop mix is going to change somewhat,” he said. “I think the lower dollar value crops may go away in many areas. A grower is going to put the best economic use of that water to work.”

Cameron anticipated reductions in crops for animal feeds such as alfalfa hay and corn, while almonds and pistachios will increase. The market for almonds has been strong and growing; over the past 10 years, farmers planted 500,000 more acres of almond and pistachio trees.

But almonds are fighting their own drought battles as the hot market and drip irrigation systems encouraged farmers to plant almond orchards even in areas without adequate water supply.

“Frankly, we’re going to come to a place where we have to ask ourselves, as California agriculture, what should be grown here? What is best suited to grow here? And what can be grown in other climates?” Veenstra from the Almond Board said. “How can we do this in the most responsible way and the most precise way, but then also help to address some of these bigger issues with regard to water supply, and climate change overall.” 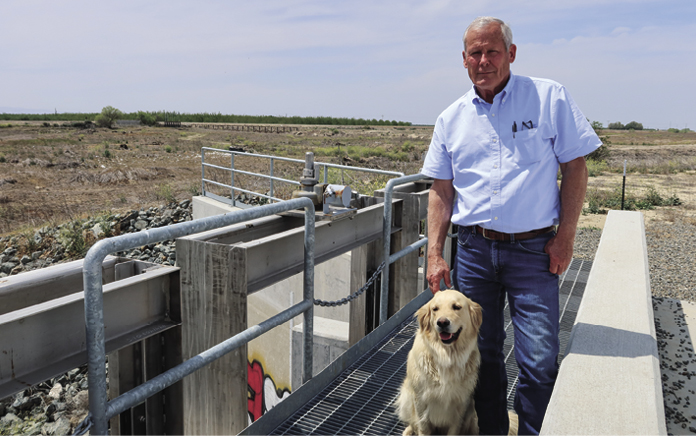